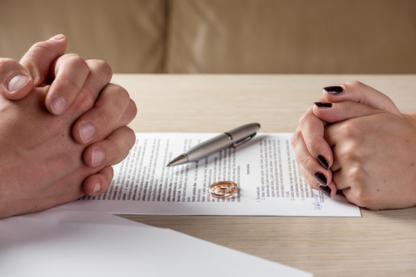 Ask Our Red Deer or Stettler Family Lawyers: What’s the Difference Between Separation and Divorce?

How do I file for “legal separation” in Alberta?

There is no such thing as being “legally separated” in Alberta (or the rest of Canada, for that matter). Nor is there any document that a person can file with the courts to become separated. Rather, spouses are deemed to have separated when they are living “separate and apart”. In other words, separation means the spouses are living separate and apart but are still legally married. Separation must happen first and continue for at least one year before a divorce judgment will be granted except in particular circumstances.  However, it is not necessary to wait one year before working on a resolution to the legal problems that arise once spouses separate, including parenting, support and division of assets and debts.

How do I get a divorce in Alberta?

To get a divorce in Alberta (or in any Canadian province), you must show that there has been a “breakdown of the marriage” as defined by the federal Divorce Act. https://laws-lois.justice.gc.ca/eng/acts/d-3.4/page-2.html#h-173077 Section 8 of the Divorce Act sets out three ways to establish breakdown of a marriage: separation, adultery, or physical or mental cruelty. The majority of Alberta divorces are based on the grounds of separation. To obtain a divorce judgment on the grounds of separation, you must establish that you and your spouse have been living separate and apart for at least one year.

What does living “separate and apart” mean?

Living “separate and apart” is a legal test that takes into consideration a number of factors surrounding the relationship. If you and your spouse decide to separate and one of you moves out of the home you shared (in other words, physical separation), the issue is typically straightforward, and it may not be necessary to resort to the legal test. Of course, life is not always straightforward. For example, spouses may not live together (e.g. for work, due to personal preference, or because one of them is in the military) but still be in a continuing marriage. Conversely, spouses may still live under the same roof even after their marriage has broken down. The key is determining the intention to live separate and apart, and the legal test considers factors such as sexual relations, socializing as a couple, and sharing of finances in making the determination with respect to intention.

Can my ex and I keep living in the same house but still be separated?

What if my spouse and I get back together after separating?

This is known as “reconciliation” and is addressed by the Divorce Act, which was drafted to encourage spouses to stay together. Section 8 of the Divorce Act has a rule for calculating the one-year period of separation that is required before a divorce judgment will be granted. The rule states that the period during which spouses have lived separate and apart shall not be considered to have been interrupted or terminated by reason only that the spouses have resumed cohabitation during a period of, or periods totaling, not more than 90 days with reconciliation as its primary purpose. This means that the one-year separation clock does not stop running if spouses attempt to reconcile during their separation, provided that the period of reconciliation does not exceed a total of 90 days in that one-year period. If the spouses resume living together (or resume sharing their lives if they were still living under the same roof while having the intention to live separate and apart) with reconciliation as the prime purpose, and the period of reconciliation lasts for a total of more than 90 days, then the clock will stop running. In that situation, the clock for the one-year separation period would restart if and when the period of reconciliation ends.

What if we are not legally married?

Unmarried couples don’t have to obtain a divorce judgment but still need to resolve all of the same legal issues upon separation, usually in the form of a separation agreement or a court order.

What are my legal obligations during separation?

There are several legal obligations with respect to support, finances, and property. A primary obligation during a separation is for spouses to support each other and to support any children of the marriage. Many separated spouses wish to enter into a Separation Agreement to address these legal obligations as well as parenting issues and a division of assets and debts. Family lawyers at Schnell Hardy Jones LLP  in Red Deer and Stettler can advise you of your legal rights and obligations during separation and assist you with preparing a Separation Agreement that protects your legal interests.

If you are looking for a family lawyer, look no further than us. We have four offices in Central Alberta, so Schnell Hardy Jones LLP is always close at hand to give advice and recommend positive outcomes. Our Red Deer and Stettler family lawyers can assist you wide variety of matters, including property division, parenting, child support, and spousal support. To learn more about our services, check out our website or call us toll-free at 1-888-342-7405 to schedule a consultation