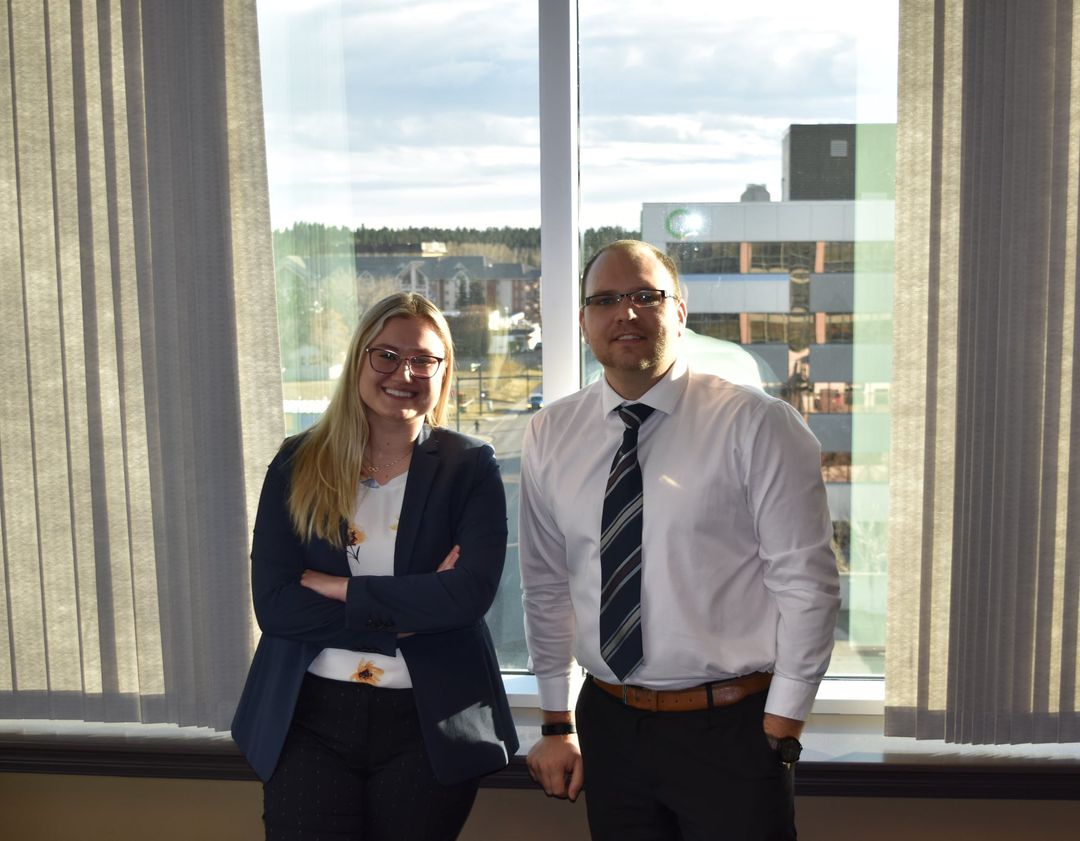 The Law office of Schnell Hardy Jones LLP in Red Deer Alberta and Stettler Alberta is happy to announce that we have added two new articling students. Alex is one of our Students-at-Law for 2020-2021. Alex works in the Red Deer office with Trista Carey as his principal. He is originally from the town of Linden and is proud of his Central Alberta rural roots. He completed his undergraduate degree in Economics and Political Science at UBC (Vancouver campus) and his law degree at the University of Alberta. Alex has wide legal interests including employment law, civil litigation, family law, mediation/negotiation and wills and estates.

Alex was an active member of the University of Alberta law school community, volunteering with Student Legal Services in their Civil Division. In his third year, he took part in an internship with the Assistant Judge Advocate General at Canadian Forces Base Edmonton doing research on military legal issues. He was also a member of the University of Alberta – Family Law Negotiation moot team, which is 2020 won top prize for Best Negotiation Plan.

Alex enjoys coaching youth sport and plans to continue this volunteer work in Red Deer. When not at work he can be found hiking, canoeing, fishing, and backcountry camping with his wife somewhere in the mountains. Cheyla is one of the Students-at-Law for 2020-2021. She works out of both the Red Deer and Stettler offices with Daniel Wilson as her principal. Originally from Stettler, she completed both her undergraduate and law degree at the University of Alberta and is excited to be back in her home community to begin her career. Cheyla hasn’t decided on a practice area yet but is enjoying being able to try out a little bit of everything for the time being.

She was active in her law school community as an Editor-in-Chief of the law school newspaper Canons of Construction, Secretary of the Indigenous Law Students Association, member of the Panda Bearristers rugby team, member of the University of Alberta moot team in the 2019 Alberta Court of Appeal Civil Moot, and Research Assistant for the Government of Alberta Fair Deal Panel. She enjoyed volunteering with Student Legal Services in their Criminal Division and Trial Division, as well as with the Pro Bono Students Canada Wills Project. She hopes to continue with volunteer work and community involvement as she transitions back to living in Central Alberta with her husband and two dogs.